During the playing career of AndriySchevchenko, he was able to mark his name in the history-books of the Italian outfit Ac.Milan after having spent 7 seasons in San Siro and managing to win the UEFA Champions League as well as various other pieces of silverware. 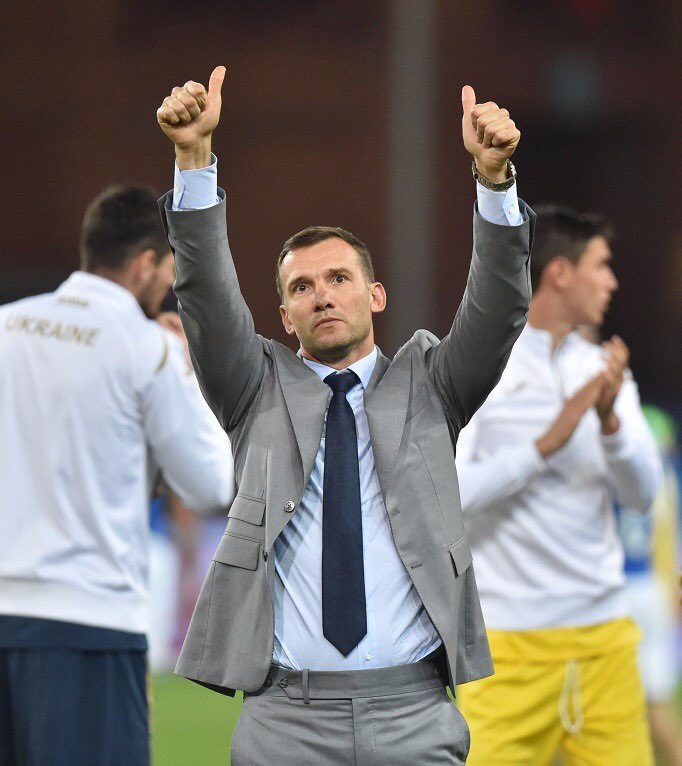 Goal of the year in the Serie A, Serie A top goal-scorer, Serie A Foreign Footballer of the year, these are just a few of the achievements that AndriySchevchenko was able to secure as the most successful period of his time was spent in Italy and he is regarded as one of the best players ever to wear the Ac.Milan jersey.

Schevchenko would later go on to perform with different clubs and eventually retire but the highlight of his career was easily in San Siro.

However, even after hanging up his playing boots, the Ukrainian superstar still continues to not only stay in the world of soccer but also have a huge impact in it as Schevchenko became the head coach of the Ukraine national football team on 2016 and has so far guided them to 12 triumphs, 5 draws and 4 losses.
Ukraine’s latest results has seen the team of AndriySchevchenko claiming a 1-0 victory over Czech Republic in a UEFA Nations League which was played on October 16, this was enough for Ukraine to snatch their position in the next stages of the 2018-19 UEFA Nations League .

The former star of Ac.Milan who is currently in charge of the Ukrainian national side has recently voiced his thoughts concerning Chelsea’s Eden Hazard and voiced his support as he said:

“Why do attackers always get individual awards? Because they are responsible for finishing attacks.People like to see goals scored. Hazard is a phenomenal, fantastic player, but he wasn’t getting those 20-25 goals per season.This season he already has eight, so he’s on the road to that number. He has every chance of winning the Ballon d’Or.”